Although I didn’t know much about facility management systems 25 years ago, I could have written a short article on the topic.

Back in November 1995, I was the director of corporate communications at Ziff-Davis Publishing Company. That’s when we made a strategic investment in a start-up named Yahoo! We were impressed that it had become one the most popular websites without spending a dollar on advertising.

So, I knew that Jerry Yang and David Filo, who were electrical engineering graduate students at Stanford University when they had created “Jerry and David’s Guide to the World Wide Web,” had decided to rename their website “Yahoo!” as an inside joke. It was a backronym for “Yet Another Hierarchical Officious Oracle.”

And I helped launch Yahoo! Internet Life magazine in the US as well as Yahoo! UK and Ireland. As an unintended consequence, I’d gotten fairly adept at using the human-edited Yahoo! Directory, which was arranged in layers of subcategories, as well as its search engine function, called Yahoo! Search.

If I dug a little deeper, I might even have found that one of the companies that provided facility management solutions was named AssetWorks. It was founded in 1991 and has helped some of the largest colleges and universities to manage their assets, such as vehicles, buildings and infrastructure.

Now, writing a short article about this topic would have taken another couple of hours, but then I could have checked it off my to-do list.

Looking back, I hope that I would have also realized that I was just scratching the surface.

As I told you in my post, “What is facility management software in the post-pandemic era?,” I’m a Star Trek fan. So, you already know that I still remember the scene in Star Trek II: The Wrath of Kahn, when Captain Spock (Leonard Nimoy) says “He is intelligent, but not experienced. His pattern indicates two-dimensional thinking.”

Now, Spock was talking about Khan Noonien Singh (Ricardo Montalbán), but he could also have been describing me 25 years ago. Or, he could be describing some inexperienced facilities professionals today, if they don’t realize that there’s another, often overlooked, dimension to facility management software.

An often overlooked dimension of systems

So, let me share a story that illustrates why you should be exploring or evaluating a third dimension of facility management solutions beyond the software itself and the vendor that provides it.

In 1999, I was hired as the Vice President of Marketing for Universal Learning Technology (ULT). A day after joining ULT, we acquired WebCT, catapulting the company into the leadership position in the e-learning marketplace. WebCT had an installed base of 700 colleges and universities in 36 countries. UTL had investors with deep pockets. I recommended that we call the combined companies WebCT.

That winter, I was invited to speak at Carleton University in Ottawa, Ontario, Canada. I told my audience of faculty and administrators that WebCT had built its installed base entirely through word of mouth. It hadn’t spent a loonie on advertising and it didn’t have a single employee in sales or marketing – at least not until I joined the company.

WebCT had been developed by Murray Goldberg, a member of the computer science faculty at the University of British Columbia, and Sasan Salari, one of his graduate students. Now, as the new VP of Marketing of WebCT, I figured that it was worth understanding why they had more customers than anyone else in the market before spending some of our investors’ money on marketing.

Goldberg and Salari had developed some web course tools for their own use. As a good academic, Goldberg tested it on one of his computer science courses. He split his class into three sections. One he taught the traditional way, face-to-face in a classroom. The second he taught entirely online. The third he taught using a mix of both methods.

Like a good academic, he presented a paper on his findings at a conference. By the end of his presentation, he was expecting comments. Instead, he got 100 orders for WebCT. Within a year, those 100 early adopters were presenting papers at scores of other conferences.

As I got to know some of these early adopters, two stood out.

I hired both of them because they had something that I didn’t have: Experience using WebCT. And I gave both of them the title of “Champion”. I had learned about the role that champions play in organizations by reading Diffusion of Innovations by Everett M. Rogers.

After hiring Smith and Paul, I asked them to continue doing on a formal basis what they had been doing informally for years: Championing the adoption of WebCT. But, instead of squeezing this in between classes or semesters, now they were being paid to champion WebCT full time.

Prospects loved meeting with our Champions and demand for their time became so great that we invited 40 more early adopters to become Visiting Champions. Although we picked up their travel expenses and provided them with a modest honorarium, we did not ask our Visiting Champions to “sell” WebCT. Instead, we asked them to share their experiences with colleagues from other institutions.

Over a 12-month period, Champions and Visiting Champions helped WebCT win 84% of the head-to-head competitions for course management systems. Among the institutions and consortia that chose WebCT after carefully evaluating two or more e-learning systems were Brown University; Stanford University; and the Virtual College of Texas (VCT), which has since changed its name to the Digital Higher Education Consortium of Texas (DigiTex).

After I’d finished my presentation, I was given a tour of Carleton’s campus. But, it was an underground tour through a tunnel system totally unlike any other that I had ever encountered before.

Buildings on the campus, with a few exceptions, are connected by a five kilometre-long system of underground pedestrian tunnels. In fact, the Carleton University tunnel system is the most extensive network of tunnels at a Canadian university or college campus.

The tunnels were initially built as part of the second phase of initial construction of the campus in the 1960s. Originally conceived as a maintenance crawl space connecting heating and ventilation between campus buildings, a suggestion by a staff member transformed them into accessible pedestrian tunnels for students and faculty to use when travelling between different buildings on campus.

The tunnels receive heightened usage during the winter months due to the severity of winters in Ottawa. Maintenance staff use modified golf carts in the tunnels to transport personnel, supplies, and mail to different locations on campus.

Each tunnel is different, of course. The University of Minnesota Twin Cities has 6 miles of tunnels and skyways. One the other hand, the tunnel at the University of Nottingham isn’t very long and only links the East end of the Trent Building to the West end of the Portland Building.

The tunnel between the Holme Building and Manning House at the University of Sydney allows graffiti as long as the artwork is “clean” and the door handles are left alone. But the underground system of tunnels that connects virtually all of the buildings on the Wright State University campus forbids jogging, biking, skateboarding, and rollerblading.

Facility management systems are like underground tunnels on your campus

Now, let me tie the story about WebCT champions and the jaw-dropping experience that I had in Carleton’s tunnel system together. Hopefully, it will provide you with a memorable metaphor that will help you to visualize the often overlooked dimension of facility management solutions that can take your thinking to the next level – although that level is underground.

When you start searching for information about facility management systems, you’ll probably use Google, not Yahoo! And you will find lots of short articles about the features of these systems and the background of companies that market them. But, that’s like saying you’ll find lots of underground tunnels on other campuses in other English-speaking countries.

They are often called steam tunnels because their primary function is to transport extremely high-temperature steam from a central boiler to all the buildings of the campus. Or, they’re called utility tunnels because they also conduct electrical wires, telephone lines, network connections, cold air, and natural gas.

But, they don’t feature a new wayfinding system to assist students, faculty, and visitors in navigating the tunnel networking or a metro-style map to display the network like Carleton introduced in 2019. That’s what I mean by three-dimensional thinking.

And when it comes to facility management systems, many have customers in the commercial and government sectors, but few have champions in higher education.

Now, many of the champions of AssetWorks’ solutions are experienced directors of facility management at colleges and universities with complex infrastructures and changing needs. This explains why the company has earned a customer retention rate of over 98%.

But, some of the champions are on the AssetWorks higher education team. And they understand that no two campuses are identical, even if more than one have underground tunnels.

So, I suggest that you contact the higher education team at AssetWorks and tell them that you’ve got lots and lots of questions. I’ve met them on Zoom and they have the experience to help you.

Greg Jarboe is the president and co-founder of SEO-PR, which has provided services to the University of the Pacific, the University of Pennsylvania, Rutgers University, and Dickinson College. Greg has been an instructor in several Rutgers Business School Mini-MBA programs.

In 1999, Greg became the VP of Marketing at WebCT, which had been developed by Murray Goldberg, a noted Canadian educational technologist and a faculty member in the Department of Computer Science at the University of British Columbia in Canada. That’s when Greg discovered that the “California roll” had been created at a Vancouver restaurant in the late 1970s.

Part 2: The University of Leicester's 3-Year Journey to Adopt an IWMS

Editor's Note: Although this interview took place recently, the University of Leicester's...

The University of Leicester's 3-Year Journey to Adopt an IWMS

Editor's Note: Although this interview took place recently, the University of Leicester's... 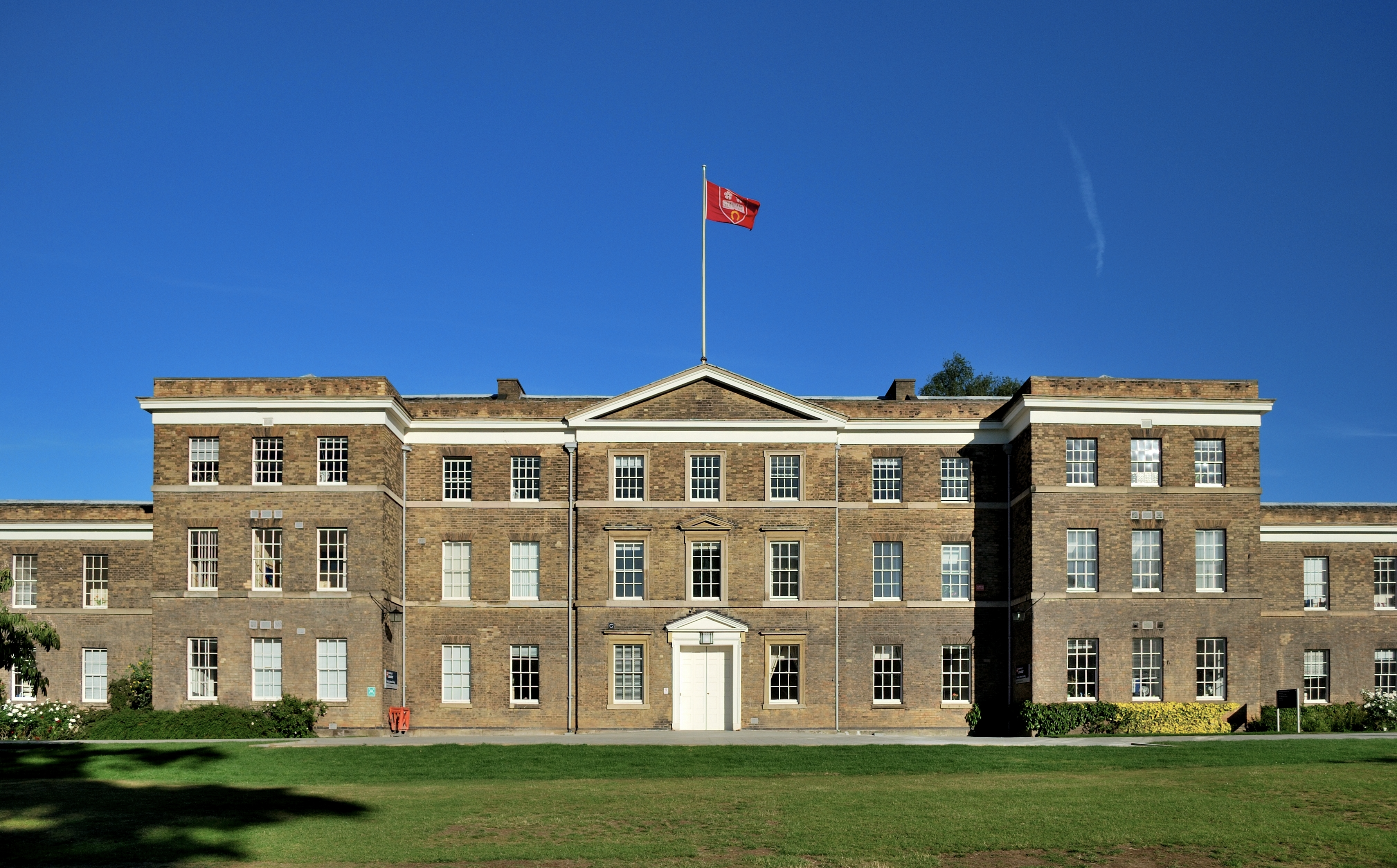 When do you plan to replace your university's old CAFM software?

Many universities in the UK and US invested in computer-aided facility management (CAFM) software...